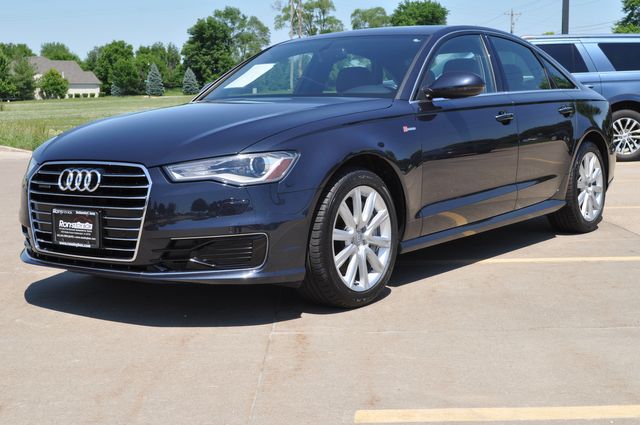 *This calculator is for informational use only and is based on the information you provide. Actual loan amounts and payments will vary based on additional items such as taxes and fees as well as the actual interest rate available to you from a financial institution.

No Accident or Damage Reported

2016 Audi A6, Back up camera, Blind Spot Monitor, Bluetooth connection, Heated seats, Heated Steering wheel, Hid headlights, a Navigation System, Rear AC, And much much more ...    Engine and Transmission: Supercharged 3.0-liter V-6 – eight-speed automatic
Power: 333 hp/325 lb-ft
EPA-Rated Fuel Economy: 20/30 mpg....... The 2016 Audi A6 earned a five-star overall safety rating from the NHTSA (out of a possible five stars). Additionally, the car received the Top Safety Pick+ designation from the IIHS, scoring Good in five crash tests (Good is the highest possible score). In the IIHS’ front crash prevention tests, the 2016 A6 received an Advanced designation (front crash prevention designations include Basic, Advanced, and Superior) due to its ability to reduce the impact speed by 10 mph in a 12-mph autobrake test and 1 mph in a 25-mph autobrake test. Standard safety features include dual-stage front airbags, front thorax side airbags, knee airbags, and Sideguard head curtain airbags.